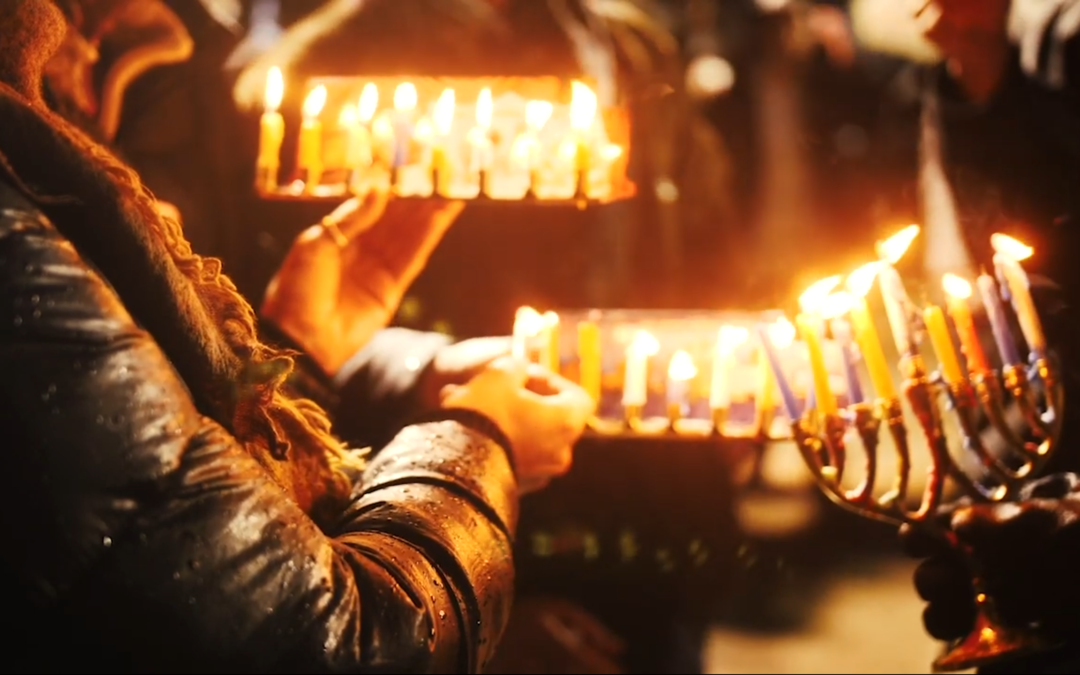 On the last night of Chanukah, in pouring rain, Jews for Racial and Economic Justice (JFREJ) and Jewish allies of all denominations formed a circle around and throughout the Hasidic and Haredi menorah lighting celebration in protection and Jewish solidarity. And around all of them, Muslim and POC allies formed a circle in protection and human solidarity in Brooklyn’s Grand Army Plaza.

This was in response to the series of violent antisemitic attacks on Jews in New York and New Jersey, including Brooklyn, Monsey Rockland County and Jersey City.

Rafael Shimunov is an activist and artist from Queens NYC. He is on the board of Jews for Racial and Economic Justice (JFREJ) and the cofounder of its sister org, The Jewish Vote.