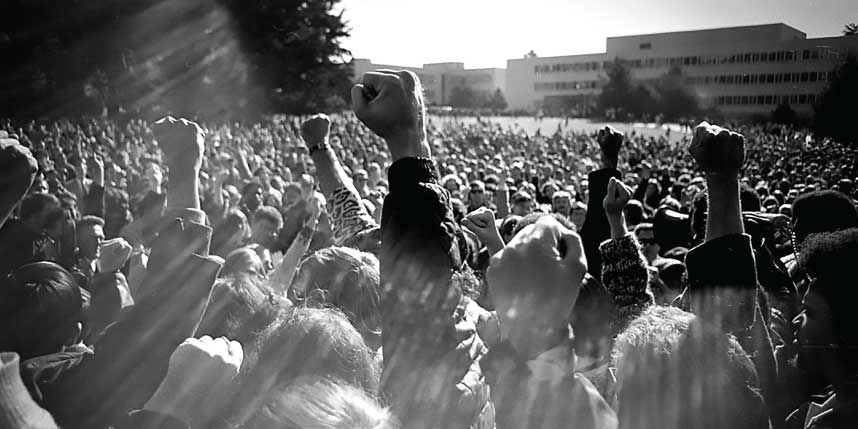 By Michal David and Shahar Zaken

JIMENA’s response to the California Ethnic Studies model curriculum brings up much-needed criticism of the essentialism and orientalism that plagues the discourse on the Middle East. However, the response also perpetuates Islamophobia and conflates anti-Zionism with antisemitism. JIMENA rightfully points out that Mizrahi and Sephardi Jews are a racially and ethnically diverse group, but we are also ideologically diverse and not all of us, historically or today, identify as Zionist. We support the Ethnic Studies Model Curriculum draft, and insist Arab American Studies remain in the curriculum moving forward.

JIMENA asserts in its statement that “Jews are an indigenous ethnic group to modern-day Israel” (our emphasis), which is deeply misleading. Nobody is indigenous to the modern State of Israel, nor indeed to any state—such an assertion reveals a complete misunderstanding of indigeneity and of states. Muslim, Christian, and Jewish people who have lived in historic Palestine for generations are its indigenous people. The State of Israel is a European colonial project built on the ethnic cleansing of the Palestinian Arab indigenous population, and as a function thereof, the assimilation of Palestinian and Mizrahi Jews. The dispossession of Palestinians, and systematic racism against Palestinian and other non-Jewish and non-Ashkenazi communities continue to this day, to varying degrees. JIMENA claims it wants to include the experience of Sephardi and Mizrahi Jews in the conversation about the Middle East, but ignores the racism, orientalism, and erasure of culture experienced by Mizrahim at the hands of the Israeli state. It also erases the history of anti-Zionism among Sephardi and Mizrahi Jews, and their complex relationship with and history in the Muslim world.

JIMENA’s statement omits the ways that the histories of Mizrahi and Sephardi Jews in the Muslim world have been colored by a Euro-Zionist perspective. These histories are diverse, and the experiences of Moroccan, Yemenite, Iraqi, Iranian, and other Mizrahi Jews should not be simplified to one “Mizrahi experience.” Jews in Muslim countries have a long and complicated history of relative safety and prosperity along with cultural tensions and structural oppression that cannot be understood through the prism of European antisemitism. In Yemen, for example, the Jewish community, especially in Sana’a and Aden, did experience oppression and violence after the establishment of the State of Israel, but the suffering they experienced by the hands of the Zionist state when they arrived in the 1950s was in some respects worse. The Jewish community in Iraq had a long and prosperous history, which cannot be reduced to the violence of the Farhud—the June 1941 riots, fueled by the interventions of the British and Germans in Iraq, which led to the murder of 180 Jewish Iraqis. Morrocan Jews long ignored Zionism until World War ll, and even then were attracted to the prospect of Aliyah, the immigration of Jews from the diaspora to Israel, mainly for religious reasons. The public discourse in Morocco at the time of the Jewish departure was also complicated. Nationalist Morrocans decried the departure of their Jewish brethren and viewed it as a national tragedy. Arab nationalist Morrocans also decried the departure, but because they feared it would strengthen the Zionist state. It is clear through these examples that the history of Jewish communities in Muslim countries is complex and diverse. Therefore, the experience of Jews in Muslim countries must be understood within a larger colonial context, and cannot be reduced to the period following the establishment of the State of Israel.

The JIMENA statement also ignores the crimes of Zionism towards Mizrahi Jews. The most striking example is the institutional kidnapping of thousands of Mizrahi (mostly Yemeni) babies from their families. Other examples abound. When Jews from Muslim countries arrived in the nascent Israeli state in the 1950s, they encountered the racism of the Zionist institutions that established an Ashkenazi hegemony. Mizrahi migrants were treated differently than their Ashkenazi counterparts. After the Nakba (نكبة), which means “catastrophe” in Arabic and refers to the destruction of the Palestinian villages and cities and displacement and genocide of Palestinian people in what became the State of Israel, the now-vacant land was in the hands of the Israeli state. While European Jewish migrants were settled in central metropolitan areas and given housing by the state with the prospect of ownership, Mizrahi Jewish migrants were settled on frontier border areas, in underfunded public housing, in order to bolster the Zionist claim to the land of dispossessed Palestinians, and secure the border against invasion. The Israeli welfare state and education apparatus were structured around ethnic lines, privileging the Ashkenazi Jewish population, and creating a division of labor that cemented Mizrahi Jews at the bottom of the working class. Arab culture and identity were marked and otherized by Zionism’s orientalist discourse. Mizrahi Jewish and Arab culture was seen as primitive and as an obstacle to their integration into Israeli society. As a consequence, Mizrahi and Arab culture, language, music, and art were suppressed and devalued while simultaneously coopted.

JIMENA’s statement also conflates antisemitism with anti-Zionism and criticism of Israel. This demonizes Palestinians who are fighting for their rights, and erases the long history of Jewish anti-Zionism and the growing movement of anti-Zionist Jews standing in solidarity with Palestinians. Many Middle Eastern and North African Jews rejected Zionism well into the 20th century, and saw Zionism as a form of European colonialism. To this day, there are many Jews who do not believe that a Jewish ethnocracy predicated on the dispossession of indigenous Palestinians is a solution to antisemitism. Criticism of Israeli apartheid and constant violation of human rights is not antisemitism, but a moral duty for many Jews in the US and Palestine/Israel. Conflating the various moral, political, and religious positions of anti-Zionism with antisemitism—born in Christian Europe, and modernized and secularized through Western race science—is not only incorrect, but also reduces our ability to combat true antisemitism, which is intrinsically connected to white supremacy.

JIMENA’s statement attempts to divide Mizrahi Jews in North America from our Muslim-American allies who are fighting against similar forces of oppression. As Mizrahi and Sephardi Jews who support the Palestinian right to self-determination and right of return, we know that the increasing violence American Jews are facing is not a result of the Boycott, Divestment, and Sanctions movement (BDS), or the growing international movement for Palestinian freedom. Rather, it is rooted in the values of white supremacy on which the United States was built. Within several years of this country’s formation, US citizenship was granted exclusively to free white persons of “good moral character,” excluding Native Americans, slaves, indentured servants, free Blacks, Asians, and others not considered white from basic rights and freedoms. Shifting demographics over the last fifty years have led to rising racial anxieties amongst white Americans, which in turn has allowed for the emergence of a white nationalist movement that espouses hatred towards Jews, Muslims, and Arabs, among others. With the election of Trump to the Presidency, white nationalist rhetoric has become mainstream, and deadly attacks against Jews, Muslims, people of color, and immigrants have risen dramatically. If we as Mizrahi and Sephardi Jews hope to be safe in this country, we must create meaningful solidarity with our Muslim siblings to stand together against white supremacy and white nationalism.

Ethnic Studies programs that illuminate the struggles of racialized and indigenous communities benefit all people, including Jewish students– who can not only see their own histories and experiences represented, but also learn about their connections to other marginalized groups. The perspective that this Ethnic Studies Model Curriculum is harmful is inaccurate. It is being instrumentalized to isolate Jews belonging to many of the communities that benefit from these programs.

JIMENA claims to speak for Sephardi and Mizrahi Jews but they unfortunately also play a role in pitting students against each other along ethnoreligious lines, and present a reactionary view that does not embody the progressive spirit of Ethnic Studies. Pro-Israel interest groups have a history of attacking Ethnic Studies because they see Black and Arab studies in particular as a breeding ground for critical thinking about Israeli apartheid. JIMENA’s critique is rooted in this commitment to shielding Israel from any criticism, and to fueling Islamophobia and anti-Arab racism. We echo the support for Ethnic Studies as a necessary discipline to advance a more just society, and as a corrective to the already extremely biased Eurocentric curriculum. We are committed to achieving a more transformative educational curriculum that advances social justice, and we see this ESMC as one very important step in that direction.

Michal David is a multi-ethnic Mizrahi Jew with roots in Baghdad, Poland, Jerusalem, and the Bay Area, and spends her days organizing American Jews around racial and economic justice.